You are here: Home

A large crowd gathered in the Church of the Immaculate Conception Bruree on Wednesday 19th for the staging of The Nativity. All the children in the school got the opportunity to take part in this wonderful show. There were Roman Soldiers, shepherds, angels, kings, drummer boy, donkey, Inn Keepers, the star, narrators & of course Mary & Joseph. All classes sang a wide variety of Songs which culminated in a Christmas Medly at the end. Well done to all involved.

The Children chose to feature their current "Christmas Card Exchange 2018" project. For this project, they are teamed up with 11 other schools throughout Europe. They have written letters about Christmas in Ireland as well as making a Christmas card to send to each of the schools involved. It is very exciting when the cards arrive from the other schools and we are having great fun trying to read some of the Christmas greeting in the other languages. Another feature of the project is that the group is creating an online picture dictionary, so 3rd class put in the Irish words for each of the pictures featured such as Crann Nollag for Christmas tree, Nollaig Shona duit for Happy CHristmas etc. There is still more work to be done on the project as they will have to create some Christmas themed games for the other schools involved and will also be recording a greeting for them. 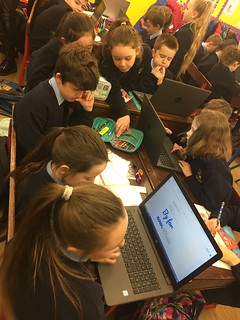 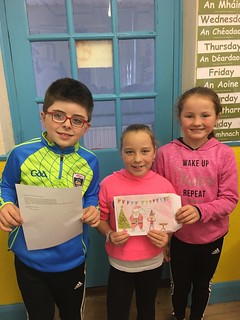 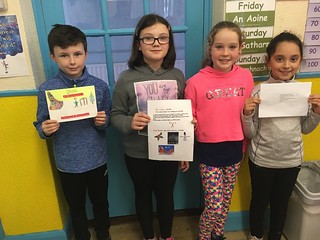 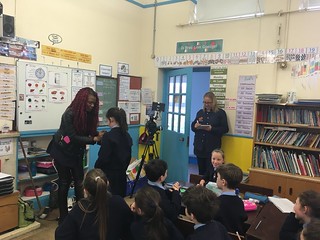 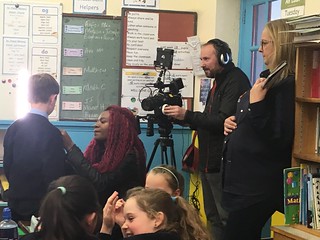 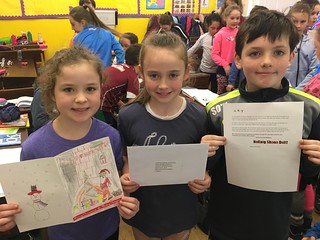 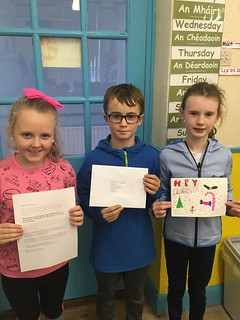 The newest eTwinning project in 3rd class is now gaining momentum as pupils are planning their cards that they will send to the partner schools. We are partnered with ten other schools for this project and pupils will work in groups of three of four to make a card and write a little about our school to include with each card. They are also preparing a Christmas Banner that will be sent via the eTwinning Platform. Part of the project also involves telling the partner schools about CHristmas traditions in Ireland and we in turn will learn of the Christmas Traditions in other European countries...Busy times! 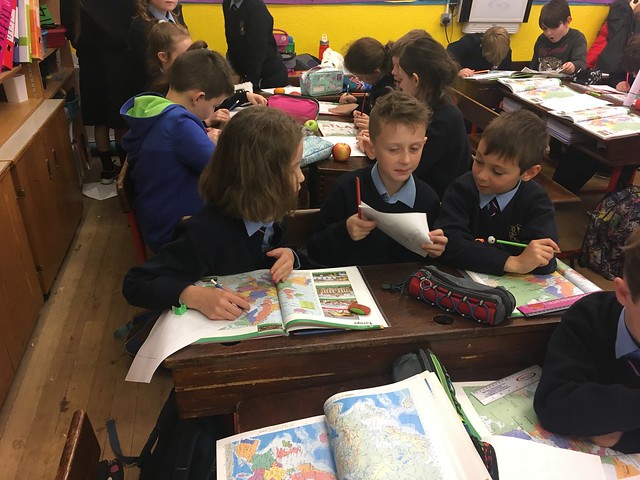 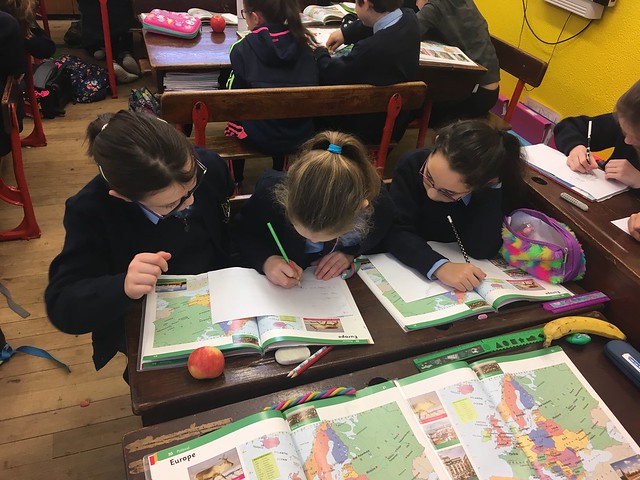 Postcards have been arriving from around Europe. It is very exciting to receive each new card and to learn a little about each class in our eTwinning project. 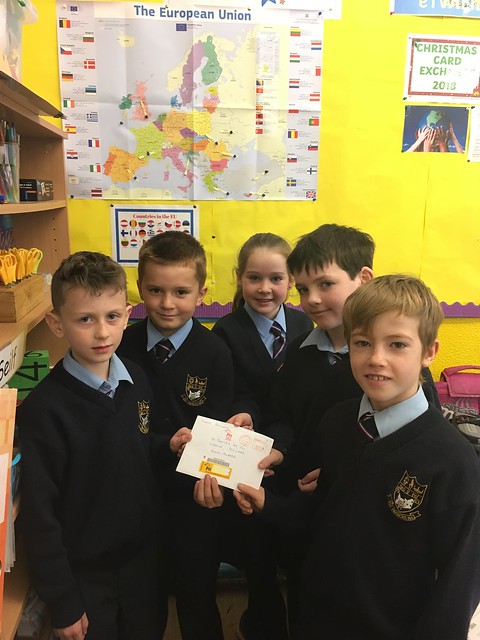 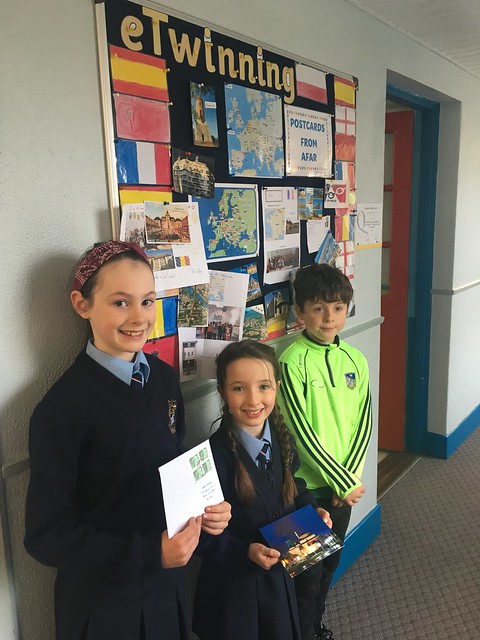 Taking inspiration from the works of Leonardo da Vinci and his contribution to added dimension and perspective, the children created their own One Point Perspective Drawing, using a horizon line and a vanishing point.

We discussed form and shape 2D and 3D. We developed an awareness of line and form , rhythm, pattern and space. We focused on vertices and edges and parallel and perpendicular lines in our drawings. 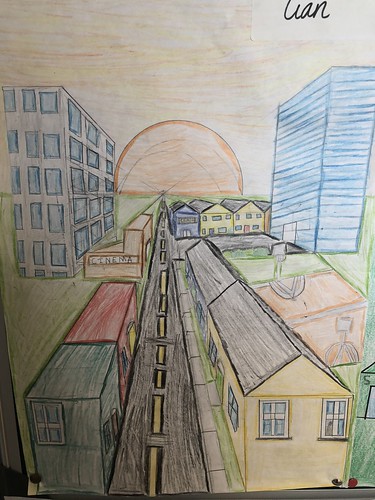 5th class enjoyed a lovely Maths trail during Maths Week. The children worked in groups to complete various activities both inside and outside the school. The pupils used their measuring skills to calculate the size of our new yard along with the length of the school corridor. They also used their Maths eyes to find various examples of 2-D and 3-D shapes in the school environment along with other examples of number found around the school. Well done 5th class

3rd class logged onto the Scoilnet site to do some problem solving...here are some of the ones they tackled! 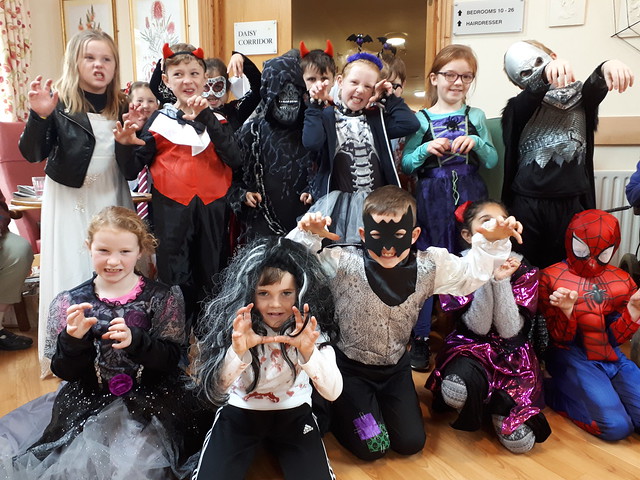 Pupils in second class enjoyed some traditional halloween games this year including bobbing for apples, rolling an apple with their nose and biting an apple on a string. They also played blind man's buff. 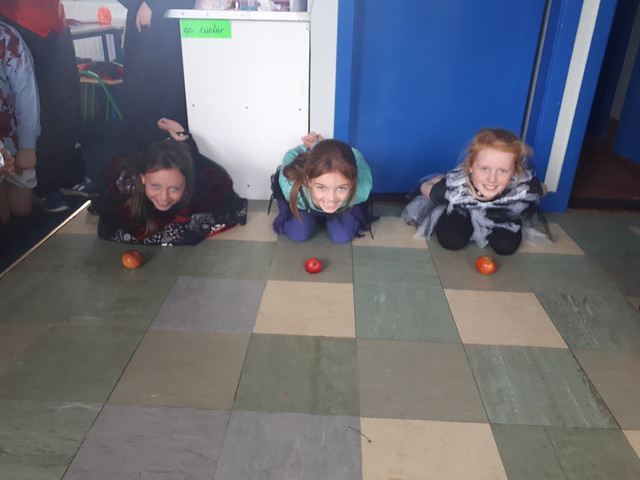 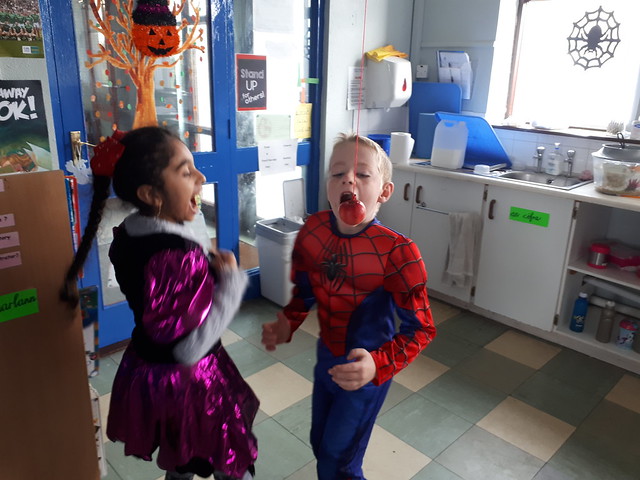 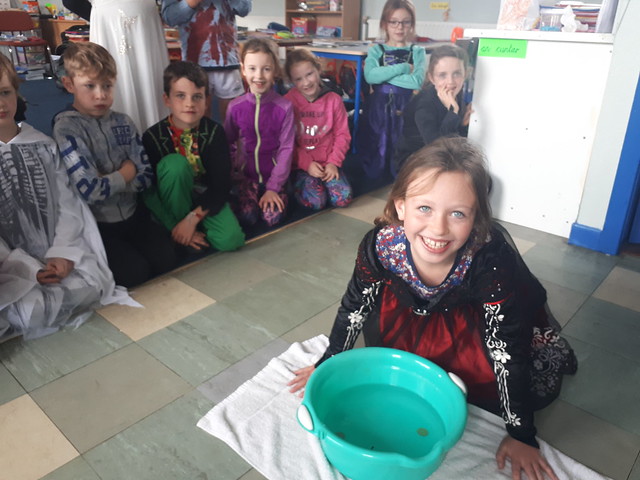 Our annual Team Hope Foundation Christmas Appeal has begun. Shoeboxes can be brought into school after the mid-term break.